LOLA CERVANT
POEMS TO THE SEA 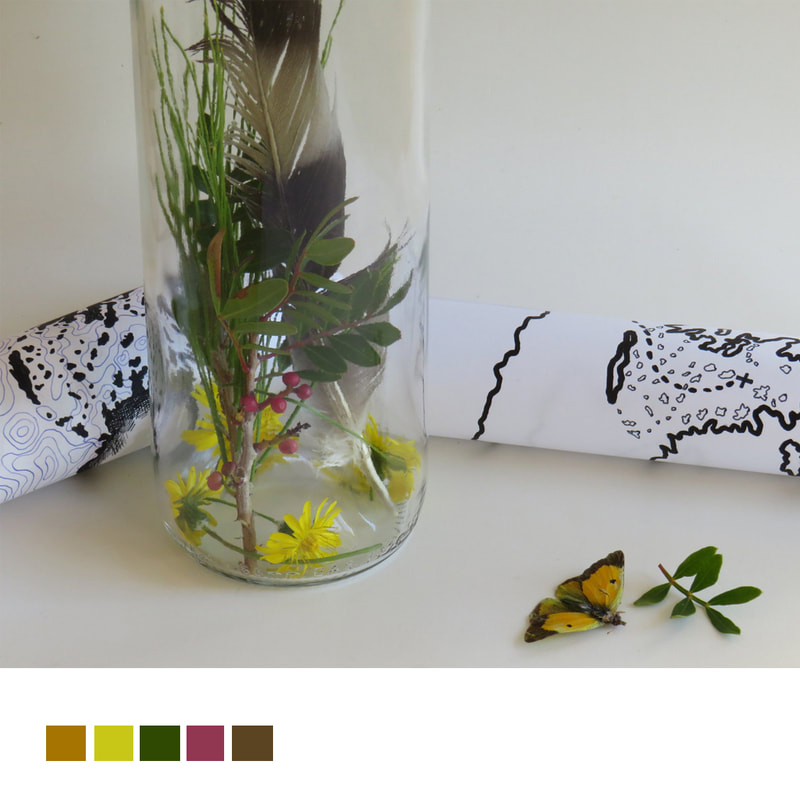 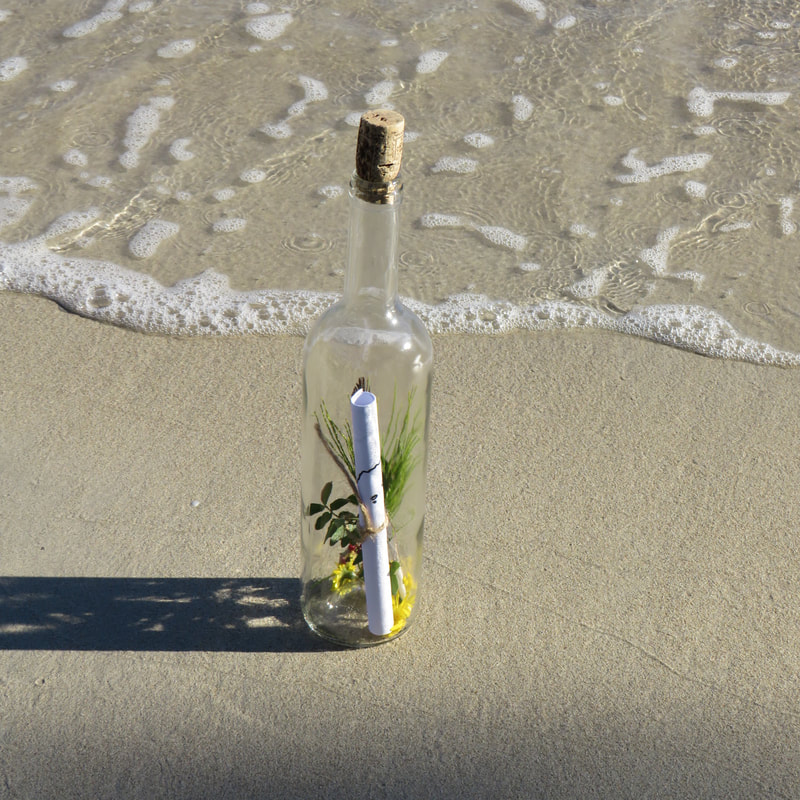 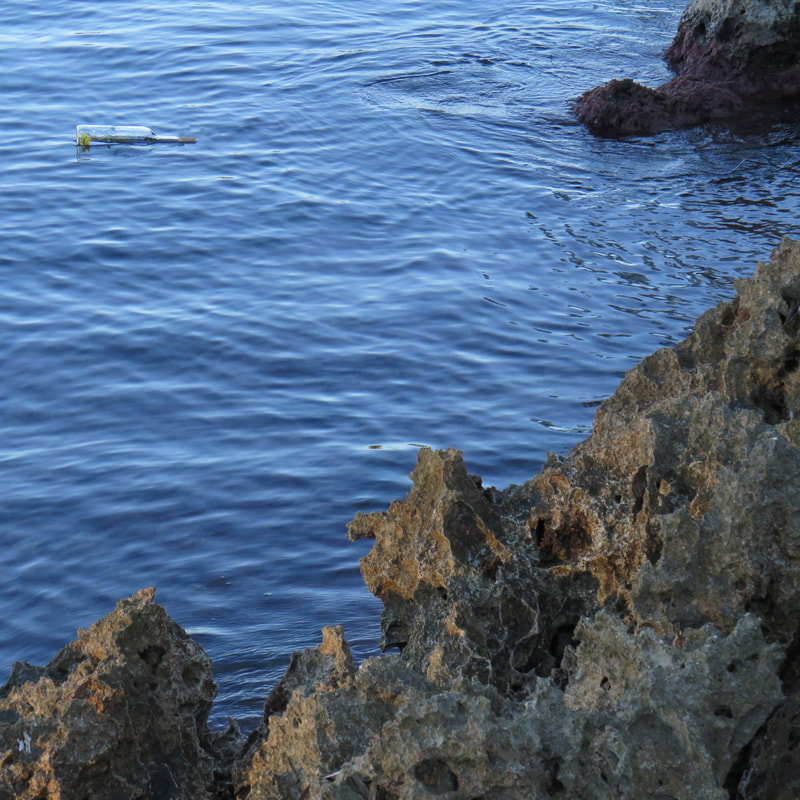 Poseidon ( Ποσειδῶν ) lives on a palace on the ocean floor made of corals and gemstones, located in the Aegean Sea, near the island of Euboea, his palace is somewhere off the coast.
According to greek mythology, Poseidon created the islands and had power to calm the seas, but when he got angry he split the ground and caused earthquakes and shipwrecks.
The project seeks to ship a bottle full of earth treasures as an offering to Poseidon.
A map of the Mediterranean sea will guide the present to its destiny in the middle of the Aegean Sea, where Poseidon will be able to catch the poetic shipment.
Inside the bottle he will find a topographic map of the Mediterranean sea, some plants, fruits, a butterfly, flowers and feathers. 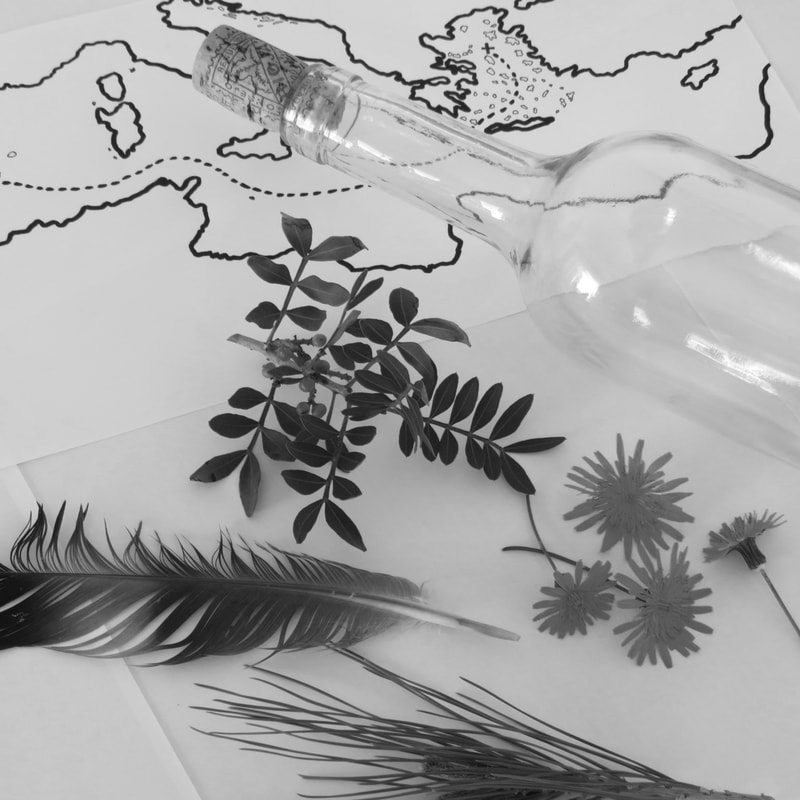 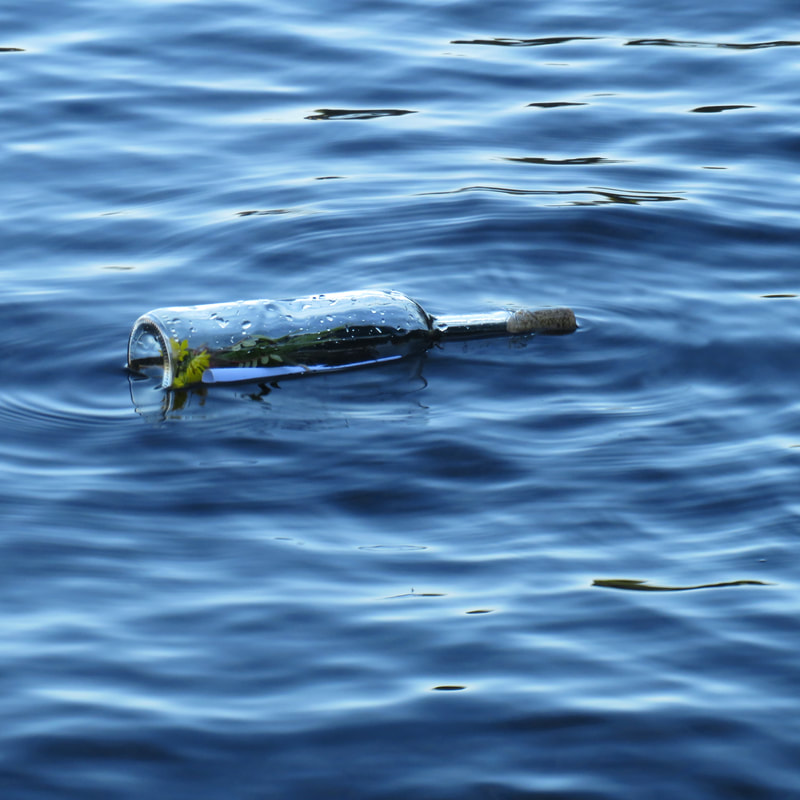 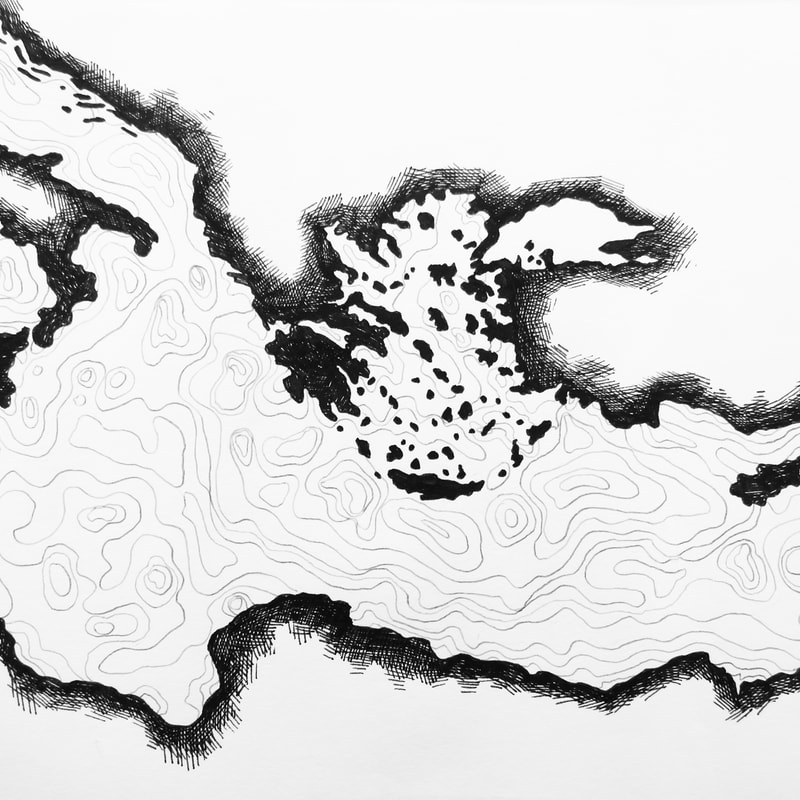